Posted at 18:32h in Uncategorized by Mikhail Hypov 0 Comments

The latest collapse of Bitcoin made most analysts and traders review their opinion and forecasts. I was no exception because such a collapse could be expected only in the worst circumstances. I’ll analyse the current situation in full in this forecast.

Let’s start with the beginning… 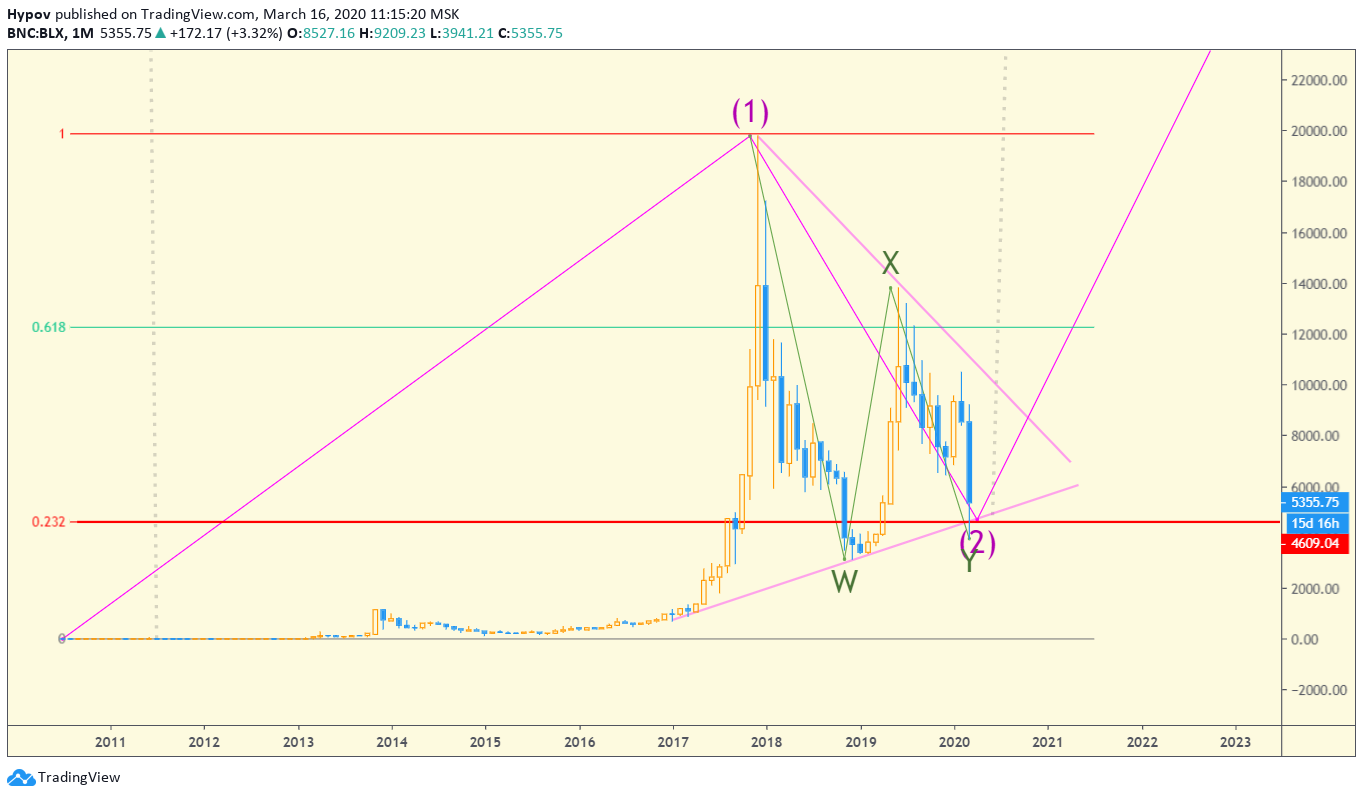 The monthly chart shows a collapse below fib 0.232 of the first wave (red line), which is a bad sign for the bulls. For us to say that a growing impulse is forming, the price mustn’t reach the critical level of 4,600 USD. In a pessimistic scenario when the price does go below that value or closes the month at that value, or if the minimum is updated at around 3,148, speaking about a bullish impulse will be impossible. Then, we will be dealing with a real bearish trend, not with a 5-wave bullish impulse. 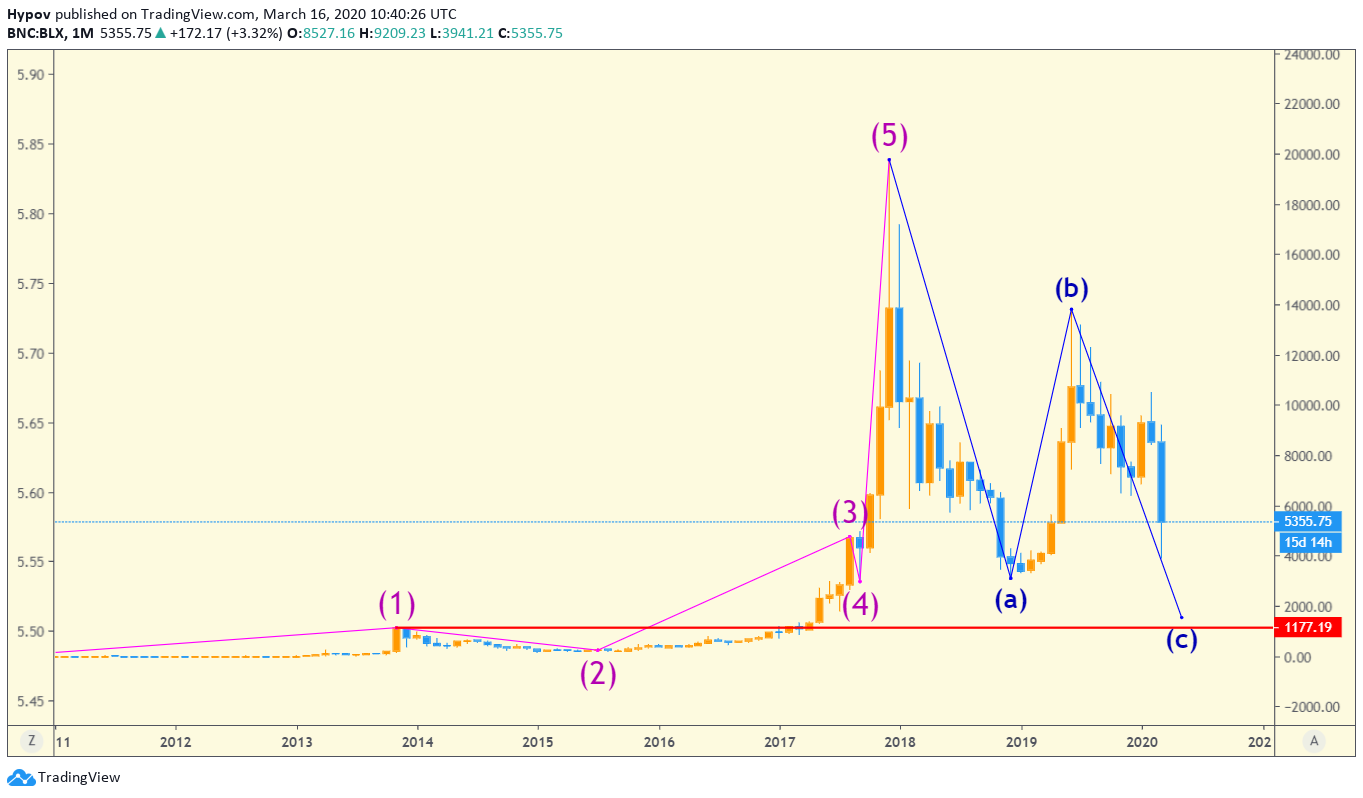 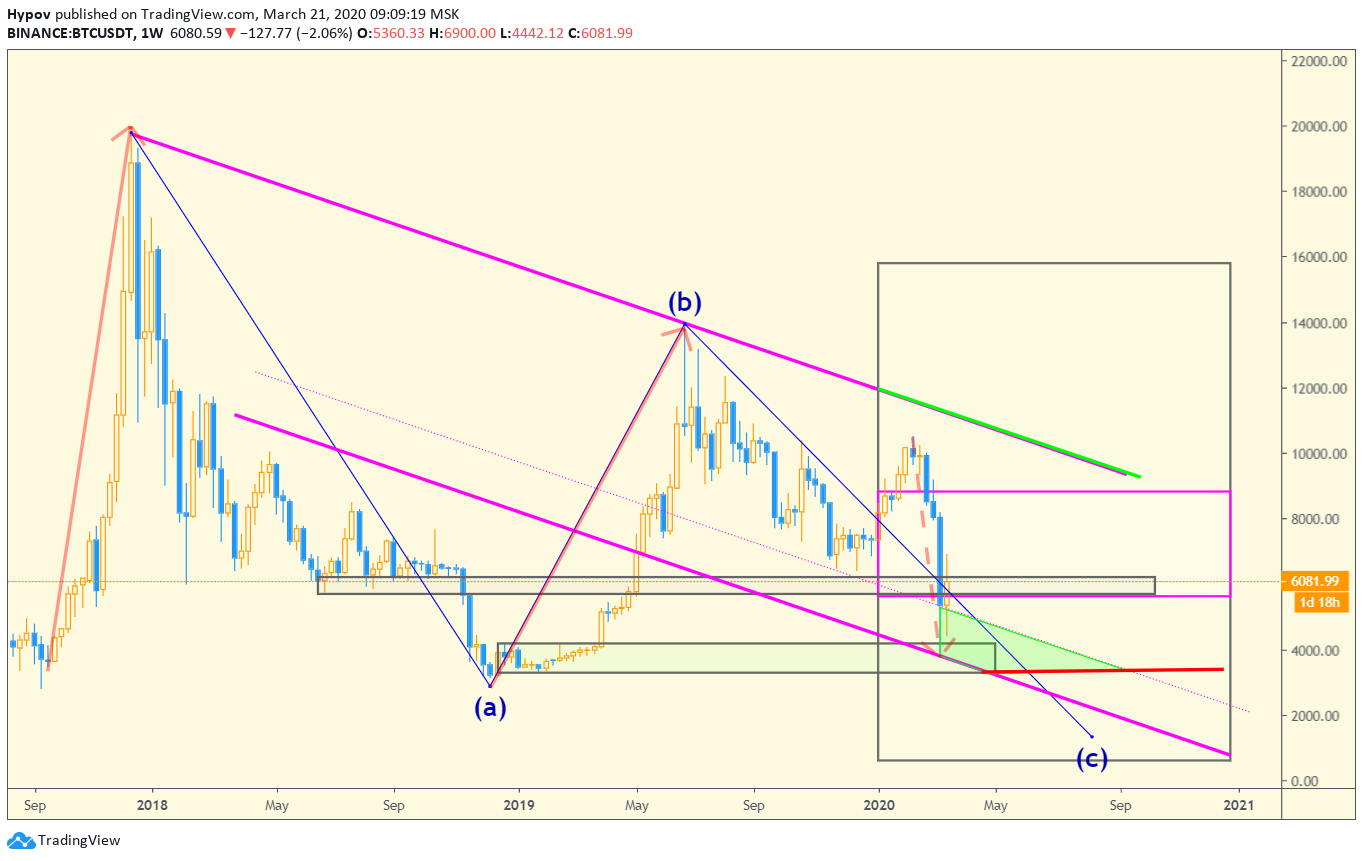 Let’s become devil’s advocates for a second and imagine Bitcoin will be following the most pessimistic scenario with a target at around 1,000 – 1,200 USD. The weekly chart above visualizes a bearish channel quite clearly. The limit of this channel is at around 5,200 and we are observing a severe fight at these levels. Here I need to mention one thing that most trend analysts often forget. A bearish channel can’t be broken out downwards just as a bullish channel can’t be broken out upwards. Instead, channels can extend.

The chart above shows such an extension. The whole zone, starting with the previous trend and up to the new limits, is a powerful support zone (marked in green in the chart). The limit of this support zone ends at around 3,000 USD where the previous low (wave a’s low) was located.

As a result, for this scenario to be realized, the price has to drop below this support zone, which is quite a difficult task.

What confirms the pessimistic scenario?

What can say much for Bitcoin’s growth ? 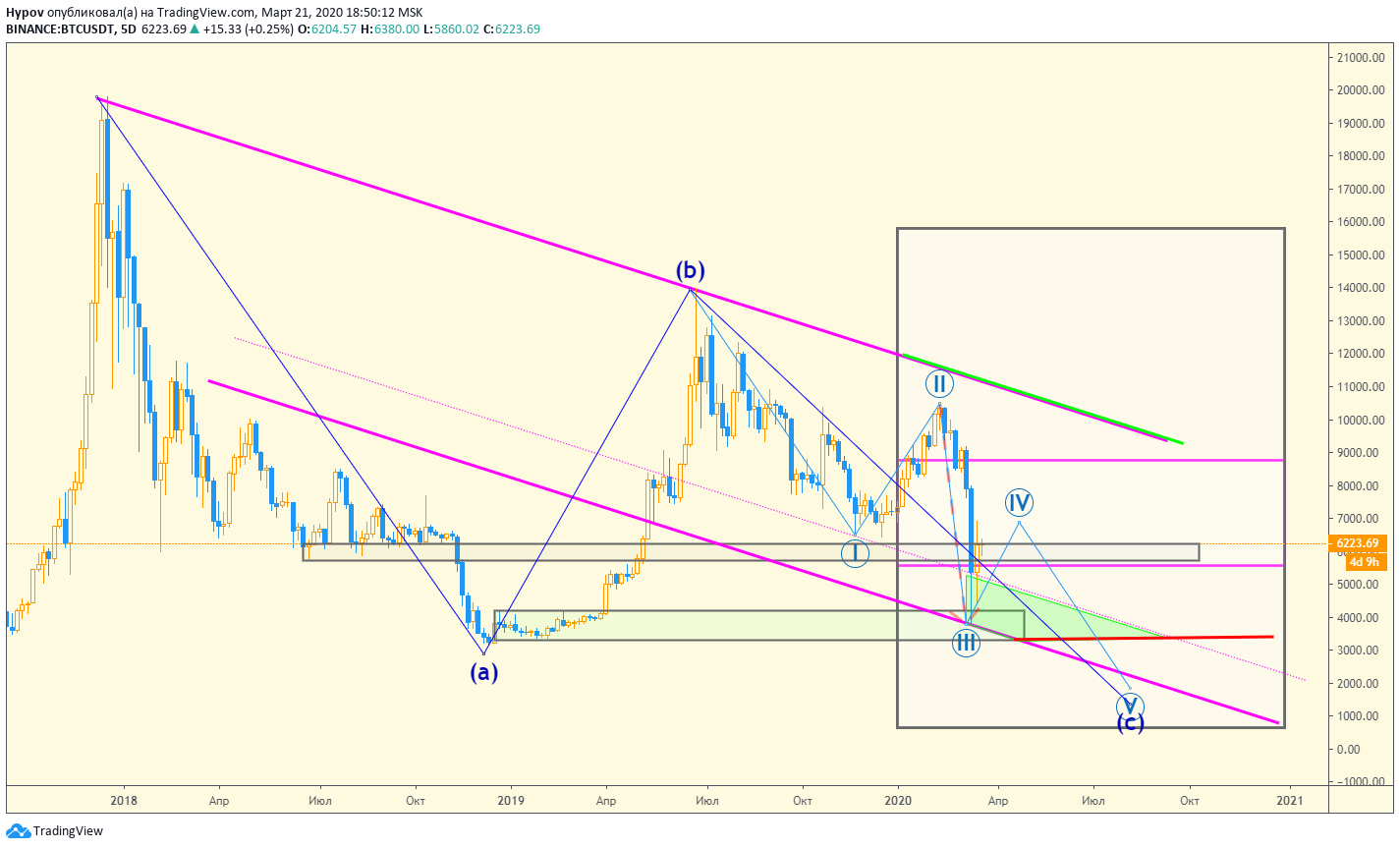 The chart above shows a pessimistic scenario in which Bitcoin will have reached the area of 1,000 – 1,500 USD by the end of 2020. To which extent this scenario can be realized will be judged from the buyers’ activity at current levels. In other words, from big players’ greed. There are 4 important reasons mentioned above for this scenario to be realized. If you know some other ones, please comment below. Time is working against Bitcoin now. If the crisis lasts long, like the pandemic itself, the price may drop under pressure and we’ll see the cherished 1,000-1,500 USD.

Based on my personal experience, I can visualize this picture quite clearly. At the moment when the last of average cryptocurrency holders makes sure Bitcoin is dead, there will be a perfect time for buying it and Bitcoin will rise from the ashes like Phoenix. Just don’t miss that moment! Subscribe and keep in touch!

I’d like to remind you that all materials are provided for educational purposes only. They aren’t financial advice and don’t guarantee any profits. All trading decisions you make are your responsibility only.

Take care of yourself and your money!